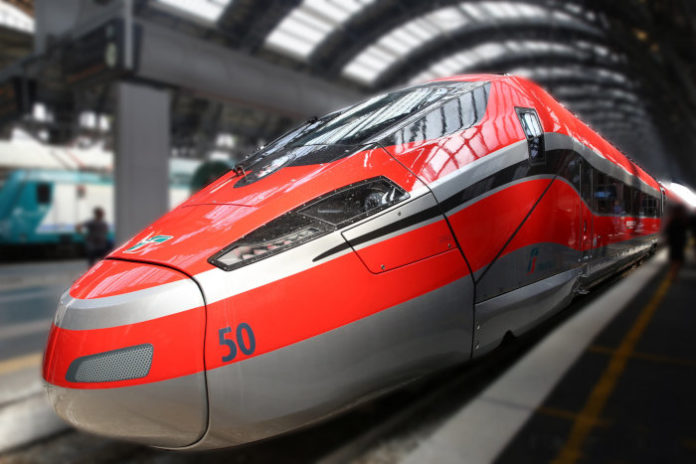 Emmanuel Combe published on September 8, 2021 in L’Opinion a column on the opening to competition of high-speed rail.

High-speed train: competition is on track

Announced for October, the first Italian high-speed train will be launched on the Paris-Lyon-Turin-Milan line, under the colors of « Thello », a brand of the historical company Trenitalia. This is a first in France, and marks the end of an era, that of a single rail operator on the high-speed market, namely the SNCF. In fact, this entry of a first competitor is not a coincidence: it is the result of the 4th railway package adopted in 2016, which aims to complete the single European market for trains.

But it is clear that in France, as in most European countries, competitors are not rushing to enter. In addition to the health crisis, which has disrupted all development plans, this caution can be explained by the fact that the entry barriers to the high-speed market are high and risky. For example, unlike air transport, a new rail operator has to invest in new trains because there is no market for second-hand or leased rolling stock. If it fails, the exit costs are high: the physical asset is difficult to reallocate in another country or to resell. In addition, it is not enough to have trains to run: you also need access to additional assets such as stations, maintenance and repair of rolling stock, and the ticket reservation system, all of which are high fixed costs. Finally, the new entrant must face an incumbent operator that has anticipated the opening to competition: in the case of France, SNCF launched the low-cost Ouigo TGVs in 2013 to attack the domestic network.Competing with oneself is an effective way to occupy space.

While market entries are rare, they are not impossible. An interesting case is that of Italy, with the arrival in 2012 of a new innovative « low-cost » competitor, NTV, which managed to take 30% of the high-speed market from the incumbent operator Trenitalia within 5 years. With hindsight, we can say that competition in Italy has delivered on all its promises. First of all, there has been a significant reduction in ticket prices, in the order of 30%, as the historical operator has also had to adjust its prices. This reduction has had a strong induction effect on volumes, similar to what can be observed in air transport: between 2011 and 2016, the number of passenger kilometers increased by 90%. Finally, competition has had several beneficial effects on service quality: increased capacity and frequency, new station in major cities such as Rome and Milan, upscale on-board services (wifi, etc.) and diversification of the fare offers, with 3 travel classes.

But the Italian case, with the entry of a « low cost » competitor, remains specific and difficult to transpose to what is going to happen here: we are going to see head-on competition between two historical giants on the domestic market, on a perimeter limited to a single route. This will probably not be a revolution, but it is already a symbolic first step.