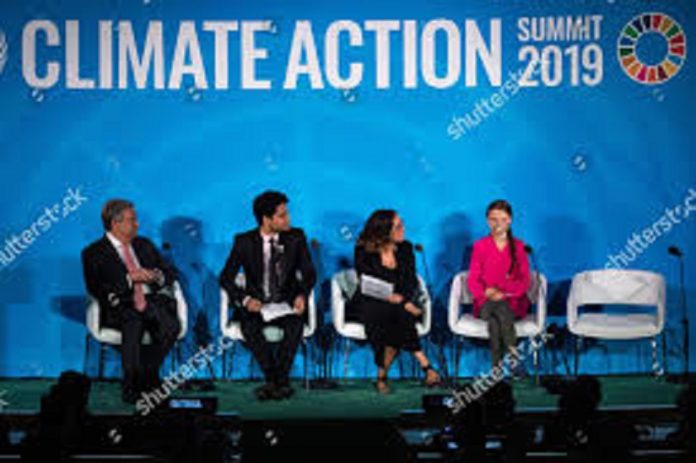 As the UN Climate Summit is taking place in New York, the OECD is joining the debate by publishing a study on the progress of green taxes in 44 countries. The situation is rather worrying: with the exception of Switzerland or the Netherlands, most countries do not have a tax policy that meets the challenges.

First point : the level of the carbon tax is not uniform according to the different energetic sources. For example, the tax is very high on products such as petrol – around 85 euros per tonne of CO2 – but close to zero for coal, which is one of the most polluting fuels.

Second observation: not all sectors are covered by the tax. Thus, non-road CO2 emissions are almost never taxed, although they represent 85% of the total. For example, polluting emissions from international air and maritim transport are not subject to environmental taxation.

Third observation: the level of taxation often remains insufficient. In the case of non-road emissions, the few taxes remain below the low reference value of €30 per tonne. While France is not among the worst performers – namely the United States or Russia – its average tax rate is 15 euros, half the reference value.

The last observation: nothing really changes in terms of climate taxation, despite the commitments made at the time of the Paris agreement. The countries that have made the most progress since 2015 are already those that were the most virtuous, like the Nordic countries. Those who did not do much in 2015 are still lagging behind today.

Faced with this depressing observation, the OECD does not despair and recalls the conditions for a successful green tax system. First of all, it must not be a disguised way of bringing in new revenues for the State: its objective is to send a clear price signal to economic actors to change their behaviour in a more virtuous direction. Green taxation must therefore replace other non green taxes.

Secondly, as it is an incentive tax, the carbon tax will necessarily result in a reduction in revenue in the long term since agents will change their behaviour. It is necessary to communicate now on a trajectory of increasing the carbon tax and to explain its basis: if rates are increasing, it is precisely because the energy substitution policy is a success.

Finally, green taxation must pay particular attention to its redistributive effects: the most vulnerable must not find themselves in a worse situation than before the tax. It must therefore be accompanied by a proactive policy of direct transfers to households and businesses that are most dependent on highly carbon-intensive goods and services.

The major challenge of environmental policy today is no longer to know what to do and with which instruments: economists have long since shown the way, that of green taxation. The issue is that of its social acceptability by all citizens, which will require a major pedagogic effort in the future.