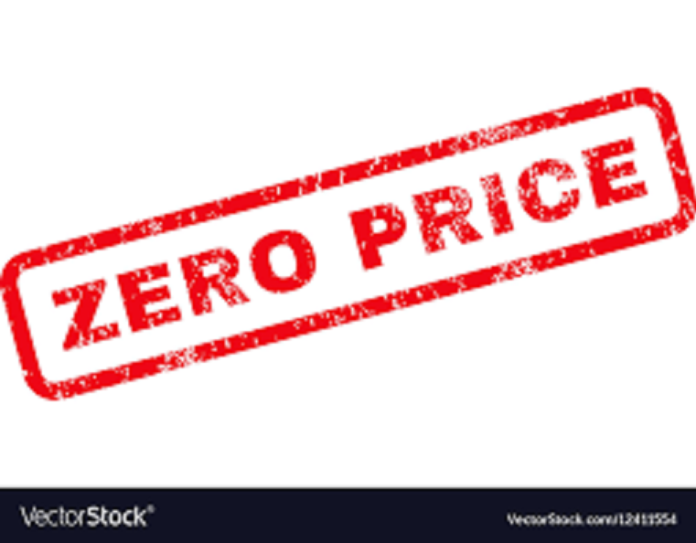 At a time when Google and Facebook are causing public mistrust, we still use their services very frequently: an American spends an average of 22 hours a week surfing the Internet; every day, a social network user spends an average of 50 minutes on his application and more than 2.2 billion people are active on a website like Facebook.

The use of digital services is all the more widespread because they are offered « for free »: if Google and Facebook generate billions of dollars in the advertising market thanks to our personal data, the fact remains that we pay nothing directly to surf the Internet or chat with a group of friends. There is nothing natural about a free service: one could imagine a world in which everyone would pay a monthly subscription – or a fee for service – to access a social network or use Google search. But in that case, how much would we be willing to pay? What value would we give to these services?

To answer this question, three researchers asked a sample of people how much each of them would charge in compensation if they were deprived of a digital service for one year. This indirectly leads to asking for their maximum willingness to pay, by setting a price. The results of the survey are very informative.

First, half of the respondents – Americans – demand a very high annual compensation: no less than $17,530 if they are deprived of all Internet access for one year! 8,400 if they are cut off from their e-mail; $1,173 if they are denied any access to online videos. We see how the use of Internet has become part of our daily lives and provides us with a very strong utility, to the point of becoming an indispensable need.

Secondly, the researchers show that not all Internet applications have the same value for users: conducted on a sample of students in Europe, the survey reveals that WhatsApp is highly valued, with a compensation requirement of $536 per month, followed by Facebook ($97) and a geolocation application ($59). On the other hand, very popular applications such as Instagram, Snapchat, LinkedIn collect low median valuations, at best a few dollars per month; the willingness to pay even reaches zero dollars for half of the users of… Twitter.

The high utility of some digital services – such as surfing the Internet or exchanging on a social network – has an important macroeconomic consequence: how can this utility be taken into account when measuring a country’s wealth? Indeed, the indicator usually used – gross domestic product G(GDP) – is based on data in volume and… in price. However, in the case of Facebook, Wikipedia or Google, the price paid by the user is zero; even if the indirect revenues of these services are integrated into GDP via advertising, their direct contribution to wealth creation is therefore considered as… zero. Clearly, digital technology is constantly disrupting the economic world, to the point of questioning even our most established measurement indicators.