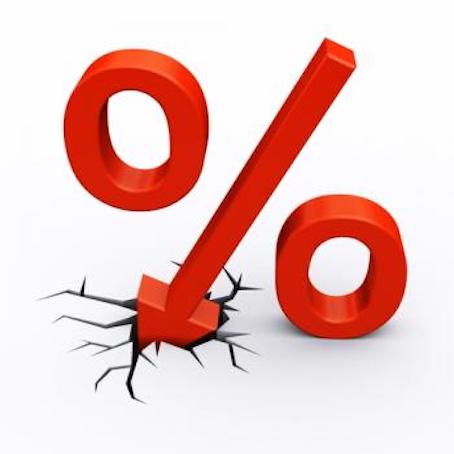 Facing the risk of recession, all eyes are turning to monetary stimulus. However, past recessions have shown that a 3 to 6% reduction in refinancing rates is necessary to have an effect on activity. The problem is that in most countries, refinancing rates are already close to… zero: only Mexico, Iceland and Turkey have enough room for manoeuvre to cut rates by such a large amount, without finding themselves in negative territory.

In practice, commercial banks will pass on these negative rates to their customers’ current accounts. In other words, with rates at -4%, the 1000 euros you hold in your bank account will only be worth 960 euros when you decide to use them in a year’s time. This taxation of current accounts will encourage you to spend, to avoid the depreciation of your bank assets, which will support consumption.

But in reality things are more complex. First, households can compensate for the depreciation of their liquid savings by saving more: if your objective is to have 1000 euros in one year and your current account is taxed at 4%, you will save 1041 euros. Secondly, households can react by increasing their cash holdings since a 200 euro banknote will still be nominally worth 200 euros in a year’s time.

We can therefore expect a sharp increase in the holding of coins and notes, if rates become strongly negative. This cash arbitrage will thwart the effectiveness of a negative interest rate policy. If central banks want to regain flexibility, they must then limit the use of currency. A puzzle since notes and coins still occupy an important place: with the exception of the Nordic countries, cash in circulation still represents 10% of GDP in the European Union.

One option is to restrict the amount of cash in circulation, as India did in 2016 with an 86% demonetization of banknotes. This option is explosive: it will provoke revolt, especially among those who use the informal economy. A second option, proposed by two IMF researchers, is to tax cash like bank deposits. The monetary base would be divided into two distinct currencies: cash and electronic money. An exchange rate would be established between the two currencies: with a negative rate of 4% on deposits, the price of a good would be 96 euros if you pay in electronic money or 100 euros if you pay in cash.

A third option was suggested in 2009 by Harvard professor Greg Mankiw: draw a number between 0 and 9 each year; all notes ending in the drawn number would no longer be legal tender, which amounts to setting a negative rate on scriptural money of -10%. In this new world without inflation, it will take a lot of imagination to restore monetary policy to power tomorrow.