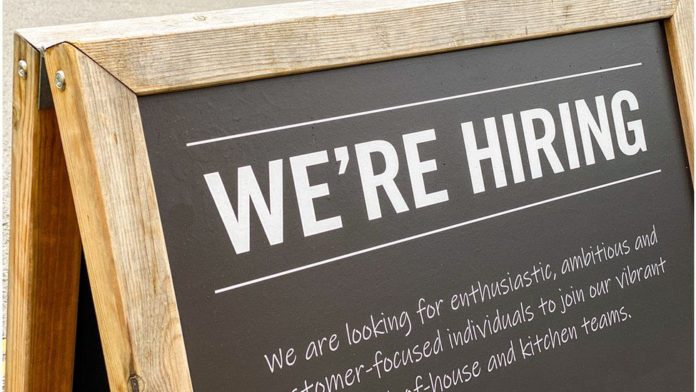 Emmanuel Combe published a column in L’Opinion on 17 August 2021 on the labour shortage in the US.

« Shortage » is a term that has been used frequently in recent months to describe the strong rebound in the US economy. Shortages of raw materials, intermediate products, machine tools and … labour. The term « shortage » may come as a surprise in the latter case, because the US unemployment rate is still at 5.4% in July – 2 points above its pre-Covid-19 level.This shortage seems to be particularly acute in certain professions such as catering, leisure and hospitality, where companies are struggling to recruit.
The origins of this situation are multiple and nobody is yet clear on the importance of each factor.

One factor could be the increase in unemployment benefits during the pandemic, which may have encouraged some people to stay at home rather than return to work. It should be noted, however, that these unemployment benefits are quite limited and have already ended in some states, notably the $300 federal assistance.

A second factor that may come into play is the closure of some schools and day-care centres, which makes it difficult for one spouse to return to the labour market, especially for women. This is again a fairly cyclical factor.

A third, more structural factor is the possible mismatch between labour supply and demand, what economists call a « mix match » problem. The mismatch may be in terms of skills: indeed, the skills sought by employers no longer necessarily correspond to those that the workforce can offer, insofar as the crisis in Covid-19 has changed the sectoral distribution of jobs. For example, a flight attendant who has lost her job cannot immediately take up a job as a supermarket floor manager. The mismatch may also be geographical: the rise of home working during the pandemic led households to leave urban areas for less dense areas, while some jobs, such as in the restaurant industry, remained predominantly located in city centres.

The consequence of this labour shortage is quite logical: when the demand for labour increases faster than the supply, workers are in a strong position to obtain pay rises. In the leisure and hospitality sector, for example, wages rose by 9.6% over the previous year, but were at a notoriously low level.
Is this a cause for concern? If this wage increase were to become widespread and prolonged over time, the problem would take on a new dimension and name: wage inflation. We would then see the resurgence of a phenomenon that was well known in the 1970s and 1980s and which has since disappeared: the « price-wage loop ». What is it about? Faced with rising labour costs, companies could react by increasing the price of their products and services, particularly in sectors sheltered from international competition. A real spiral would be start between rising wages and rising prices. We are still a long way from this for the moment, but in economics, nothing is ever impossible