Accueil Expertises Concurrence et régulation « Opening up to competition: a (high-speed) train is not a plane » (Les... 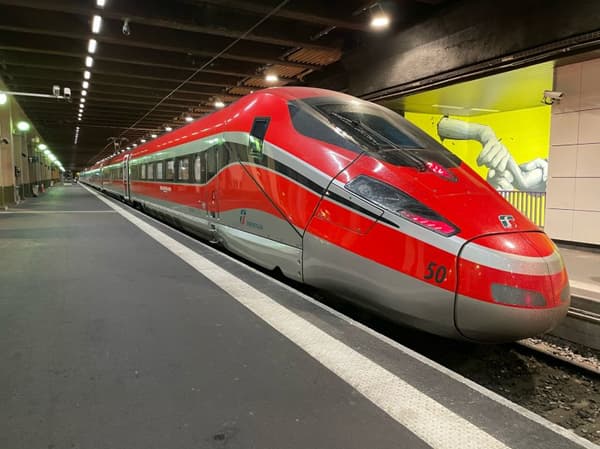 Emmanuel Combe published on September 22, 2021 in Les Echos a column on the opening to competition of high-speed rail.

Opening up to competition: a (high-speed) train is not a plane

In the high-speed rail market, France is experiencing its first opening to competition, with the entry in the coming weeks of an Italian operator, Thello, a subsidiary of Trenitalia, on the Paris/Lyon/Milan line. This is an important event in the process initiated since the 2012/34 directive, that aims to create a single European railway area. To understand what could happen with high-speed rail, it is tempting to look at a similar market that has been open to competition in Europe for 25 years now: air transport. The comparison is tempting because, on certain routes, air travel and high-speed rail are in direct competition. Moreover, in both cases, operators must have access to a precious sesame in order to to deliver their service: « train paths » in the case of rail; « slots » in congested airports for airlines. However, what is striking is the differences between the two sectors.
On the one hand, the entry barriers appear significantly higher in high-speed rail. For example, entry requires investment in the purchase of rolling stock, in the absence of a rental or resale market. This fixed cost is largely specific and sunk. In the air transport sector, on the other hand, there is a deep market for the rental/resale of aircraft, which considerably reduces the entry ticket and makes the investment more reversible.
On the other hand, the separation between infrastructure and service is stronger in air transport: Air France and ADP do not belong to the same group, which eliminates any risk, even potential, of conflict of interest. In the case of railways, there is a Chinese wall between the SNCF Réseau and SNCF Voyageurs entities for train paths; but the question may still arise as to access to stations and maintenance centers.
Finally, in the airline industry, the historical operator Air France did not really anticipate the disruption in the sky in 1996, with the entry of low-cost companies. Its subsidiary Transavia, born in 2007, remained for a long time in a defensive posture and without any real critical size. It is only in 2020 that the full extent of Transavia’s offensive potential has been realized. The situation is quite different in the rail sector: the SNCF anticipated the opening to competition by launching its subsidiary Ouigo in 2013, which quickly gained momentum.
It is therefore unlikely that we will see the same radical disruption in high-speed rail as we have seen in air travel. The evolution of the competitive landscape will depend in part on the profile of future entrants: the entry of a « low-cost » operator in terms of costs (but not necessarily in terms of service quality) could have a marked impact on prices and volumes, as was observed in Italy after the entry of NTV in 2012. For the time being, France is about to experience its first head-on competition on high-speed rail, between …. two incumbent operators.

Cartels : the Probability of Getting Caught in the European Union